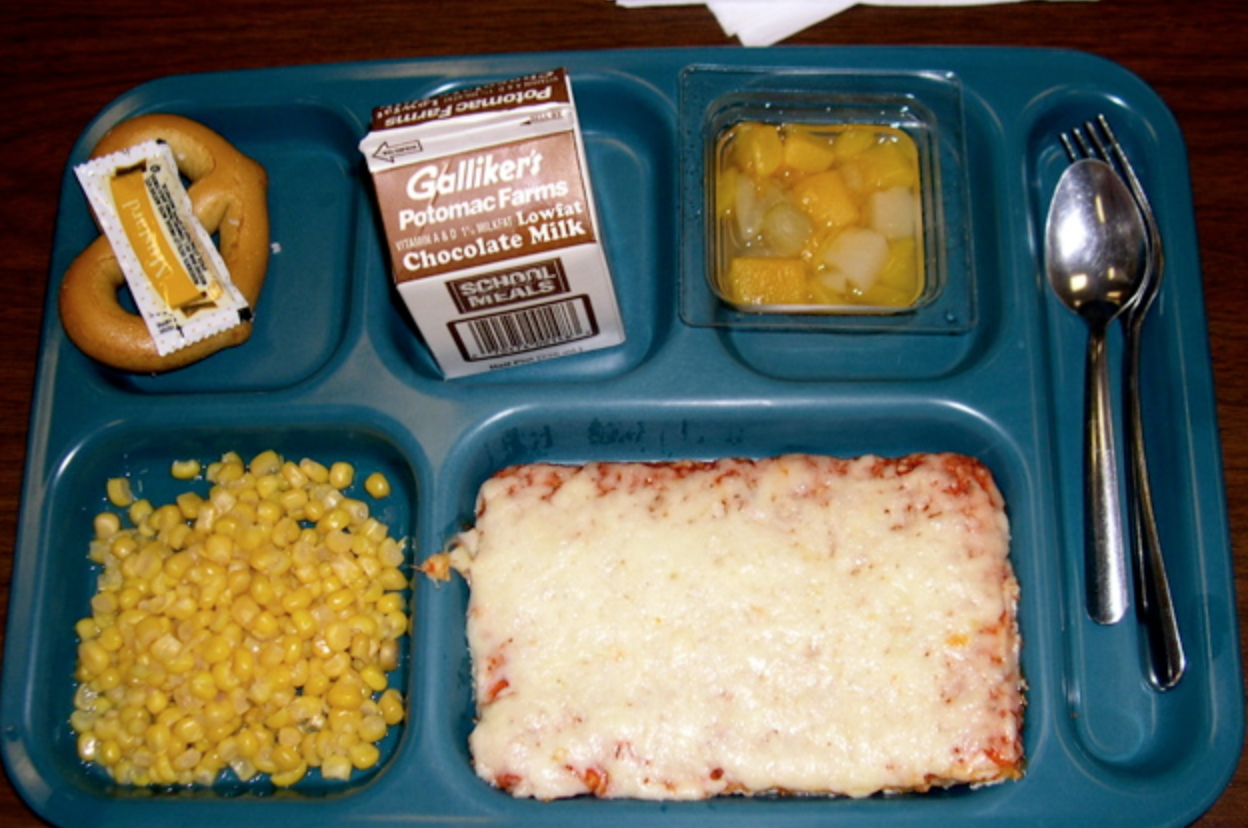 10 Cents a Meal vetoed. Can it be restored?

Above: We owe our children the best health and learning future possible, and this kind of school lunch—loaded with fat, carbohydrates, and sugar—won’t help. Let your Michigan legislator know you want to see funding passed for 10 Cents a Meal to get nutrient-rich, healthy local food into school lunches!

Last fall, the Michigan legislature, and Gov. Gretchen Whitmer included funding in their budgets for 10 Cents a Meal for School Kids & Farms, the innovative program that helps schools buy Michigan-grown produce. 10 Cents was coming off of the successful momentum of a three-year pilot. And expectations were high for an even stronger fourth year.

What a difference a veto makes.

10 Cents a Meal got caught up in 147 line-item vetoes the governor made. Many people across the state—farmer organizations, health coalitions, schools, and others—are urging legislators and the governor to fund the program this year in a supplemental budget. The Michigan Vegetable Council was circulating a letter to the governor and legislative leaders in January. Michigan Farm Bureau officials said they also planned to weigh in. The Healthy Kids Healthy Michigan coalition just made 10 Cents its top policy priority for the year. You can, too.

It’s not too late.

Farms and businesses like food hub distributor Cherry Capital Foods still have apples, carrots, potatoes, and more that schools can purchase. Michigan Farm to Freezer has frozen root vegetable mixes, fruit for smoothies, and even asparagus if schools can’t wait for spring. The funds also can be spent on summer meal programs and to stock up for fall. Under the legislature’s budget, the matching grant would have been available for early child care centers, too.

The program’s absence is being felt by growers, who have the second-largest economic impact in the state; and it is compounding what has already been a difficult year in agriculture due to weather and issues of international trade.

“10 Cents was a bright spot in this bleak picture,” said Greg Bird, executive director of the Michigan Vegetable Council.

1) Write to the governor and your legislators one more time. Follow this link to find contact information and language you can use to urge restoring funding for 10 Cents in a supplemental budget bill for 2020.

2) Sign up as a supporter of 10 Cents a Meal. And encourage others to do this too. Let’s grow the community around investing in locally grown food for our children.

3) Join us this weekend at the Northern Michigan Small Farm Conference and find Groundwork’s table at the trade show – the trade show is free! And you also can register for the conference at the door. We’ll have paper plates at our table, which you can decorate to send a positive message about 10 Cents to legislators and the governor.

Dan Gorman, food service director for experienced 10 Cents school districts in Muskegon County (Whitehall and Montague), said he’s had to scale back his local food purchasing since 10 Cents wasn’t renewed. In addition, he’d hoped to work with other area schools to combine their purchase orders so that there would be greater market value for local farms to serve school needs via a new Muskegon Food Hub. But those talks now are on hold.

Consider also the MI Farm Cooperative. It’s made up of more than 12 northwest Michigan farms that offer schools one ordering and distribution system. Members range in age from their 20s to their 70s, and they are innovators.

One is Jim Bardenhagen, the retired Leelanau County Cooperative Extension Director who helped launch farm to school efforts in his region way back in 2004 and is still at it, growing potatoes, apples, cherries, table grapes, and more.

Another is Nic Welty of 9 Bean Rows Farm, a data-driven, four-season fruit and vegetable grower who once was named Farmer of the Year by Michigan Food & Farming Systems, a nonprofit that assists small and medium-sized farms.

The Cooperative’s numbers show sales to area schools before the veto on September 30 were 11% higher than the previous fall at the same time. The schools, all former 10 Cents participants, had reason to anticipate grants because of the bipartisan support. But then came the veto, and sales dipped.

“Farmers have inventory on hand and there is a sense of nervousness going into 2020 as to the viability of holding inventory for the hope of school sales or the need to find alternative marketplaces,” Nic said.

Stability, instead of nervousness, depends upon making sure that 10 Cents legislative leader Sen. Wayne Schmidt, R-Traverse City, is supported in his efforts and that legislative leaders and the governor know the difference this “dime” makes.

Schools match their grants with federal lunch dollars, keeping those federal dollars here. Food service staff from around the state celebrate the program—from Public Schools of Petoskey in the north, which had the grant before; to Detroit Public Schools Community District in the south, which so wanted the opportunity to apply for the first time this year.

And children get to eat and try a greater diversity of fruits and veggies. (Find proof in this legislative report.)

They still could, if that bipartisan support is restored—soon.

Diane Conners is senior policy specialist at Groundwork Center for Resilient Communities, which coordinated the original, local 10 Cents pilot project that inspired the legislature to create the state program. This column originally appeared in a shortened format in the Traverse City Record-Eagle.

Need Info to boost your message? Download this report.

This recent report to the legislature is an easy-reference guide to the benefits of 10 Cents a Meal. It’s stocked with good data to support your message about the value of this important nutrition program.