Our annual Harvest at the Commons community celebration in the big white tent at the Grand Traverse Commons on Saturday is going to be a blast—in part because the hot, Afro-Caribbean salsa band Grupo Ayé will serenade us into the evening. While meal tickets for the event are sold out, you can come at 8 p.m. and, for $10 per being, move your hips on the dance floor, as if you were dancing along the Malecón seaside promenade in La Habana. Grupo Ayé will play until 10 p.m. During that time you can also enjoy beer, wine and craft cocktails at the bar. Tickets will be available at 8 p.m. at the door.

Grupo Ayé has a bona fide local connection to the Grand Traverse region. Band founder Robert Mulligan spent part of his childhood in Omena in Leelanau County, where his mother lives. He studied for four years at the Leelanau School in Glen Arbor, spent his final year of high school at the Interlochen Arts Academy, skied every winter at Sugar Loaf Resort and hosted a jazz show on the community radio station WNMC.

Prior to Saturday’s celebration, we caught up with Robert to learn more about the band, about his love for Latin music, and about his northern Michigan roots.

Groundwork: What’s the genesis of Grupo Ayé? How did the band start?

Robert Mulligan: It started about 7 years ago. I had played in Latin bands for a few decades, and I was playing in another band with our lead vocalist. We had talked about doing our own thing, so I started getting the music together. Little by little I handpicked musicians I wanted to work with. But it took a couple years to get the whole band together. Our first show was the Latin Cultural Fest in Ann Arbor seven years ago, and the band took off from there. We produced a CD that won the WYCE Jammie Award here in Grand Rapids where I live. We have 11 new tunes, and we’re working on our second album now. About half of our music is original, composed by members of the band. Our lead vocalist, Daniel Montejo, is Cuban.

Groundwork: What led you to Cuban salsa music? And have you been to the forbidden island, yourself?

Mulligan: I was enrolled in the Conservatory of Music in Cincinnati, studying jazz, drums and hand percussion. I got called to play the congas with a Cuban band in Cincinnati. I was told, ‘if you’re gonna continue to play with us, you have to learn Spanish’. The more I did, the more enamored I became with the music. Yes, I was in Cuba for a month, studying music in both Havana and Matanzas. Learning Cuban salsa but also folkloric stuff. That was about 10 years ago.

Groundwork: That’s great. Tell us something that surprised you or stuck out in your mind.

Mulligan: The people. Their incredible generosity with music, their knowledge, their food. I had to make up excuses to not go to people’s homes for dinner. Here they were inviting me into their home, and they hardly had the money to feed themselves. The joy with which they live their lives. Walking down the Malecón in Havana at 2 a.m., people introducing themselves, wanting to play music with us. We always had  guitar, bongo drums and a bottle of rum with us.

Groundwork: Any plans to return to Cuba?

Mulligan: Absolutely. I want to study there again. But I want to go with an organization called First-Hand Aid, which operates out of Grand Rapids and takes pharmaceuticals directly to hospitals in Cuba. I want to sail down there in my boat, called Pura Vida. My boys and I spend some time every summer on that boat in Northport.

Groundwork:  You’ve got authentic northern Michigan roots, having studied at both Interlochen and the Leelanau School, and are also an alum of WNMC. What’s your fondest memory of your time living along these shores?

Mulligan: My fondest memory was practically living outside, living in the woods. Skiing every day, all season long, at Sugar Loaf. The beauty of Leelanau County. I keep going back. If I could grab a gig at NMC (Northwestern Michigan College), I’d be there in a New York minute!

Groundwork: How often do you visit, or play here these days? How do you spend your time when you’re up here?

Mulligan: I’m here most summers. I gig a lot with (local jazz aficionado) Jeff Haas. I have twin boys who are almost 11. I try to get up as much as we can, since mom is in Omena. We spent 2.5 months here this summer. It’s always nice to come up and see the pretty fall colors and the bay. I get homesick to see the bay.

Groundwork: When you explain northwest Michigan or the Traverse City area to someone who’s never been, what do you tell them?

Mulligan: Oh my gosh. How do you put it into words? It’s something people have to experience. If you like nature, go to Pyramid Point. Or the Leelanau State Park in Northport. If you’re into cycling, you need to bike Leelanau County during the summer. Or if you just like doing more civilized things, the Grand Traverse region has something for everyone.

Groundwork: You haven’t yet played at the Grand Traverse Commons, where you’ll be Saturday for Harvest at the Commons. Do you have any favorite music venues up here?

Mulligan: I grew up playing at Union St. Station, which was my favorite venue as a kid. I also enjoy playing at the Holiday Inn on West Bay. And I really enjoy playing in Northport’s venues. I’m hoping we can regenerate that scene. Music In the Park in Northport during the summer is really amazing. We used to play Sam Porter’s paella festival, and the Traverse City Film Festival. We’ve played a lot up here, and we played Leelanau Uncaged last weekend in Northport.

Groundwork: How about your muse? What music are you listening to right at this moment? Or what book(s) are you reading?

Mulligan: I have three different books going simultaneously. As for music, this morning I listened to Rosario Flores, from Andalusia, Spain, which is what popped up on Spotify … People ask what music I listen to. I respond ‘good music’. My music taste is incredibly eclectic. Some days it’s Cuban; other days it’s Willie Nelson. 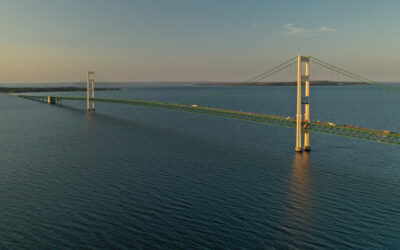