The anguish was palpable. So was the determination.

I was on a conference call, one that I organized, with school food service directors, farmers, businesses that process Michigan farm foods for school markets, agricultural specialists, and other advocates from Detroit to the Upper Peninsula.

I had bad news. This week, when the legislature comes back into session on Thursday, is a critical week in the state budget process. And a state program called 10 Cents a Meal for Michigan’s Kids & Farms might not get funded this summer after all, I had to tell them. The matching grant, which helps schools purchase Michigan-grown produce, is threatened by the state budget crisis caused by COVID-19.

But the participants on the line would have none of it. They want us to urge legislators and Governor Whitmer this week, before Thursday, to restore funding.

Somehow, they said, legislators, the governor, and the public must be made to realize that school food service workers are on the front lines caring for the skyrocketing number of children whose families also are in a budget crisis. Agriculture is in crisis. And, as national supply chains falter, food security for all of us is in crisis.

“Instead of feeding children fresh produce, we face the prospect of Michigan agricultural products rotting on the ground,” a southeast Michigan food service director said.

And the need to help children is urgent.

“This summer, the volume of meals we are going to serve is going to be huge,” the school food service director from western lower Michigan said. “We usually serve 2,000 meals a week in summer. We expect to serve 22,000 meals weekly this summer. We are operating more like a food pantry.”

And there’s no money to spare. Cash that might have gone to fresh produce is used to buy packaging for meals distributed to children at home, a food service director from northwest Michigan said.

And it was the same in southeast Michigan: “We are doing this at a loss,” a food service director from Oakland County said. “We can’t spend money on fresh fruits and vegetables. We just don’t have it. We will have to go to USDA canned fruits and vegetables. I know for sure my district will be in the red and I will have to pick and choose the quality of the food my children will be able to have.”

At the same time, Michigan’s farmers are facing major market losses, with the closures of farmers markets, restaurants, and more.

Those 22,000 meals a week that the west Michigan school expects to serve this summer? That’s for breakfast and lunch, which means the school could buy 33,000 pieces of fresh, Michigan-grown fruits and vegetables a week from local farms—two pieces for each lunch and one for each breakfast.

“We can save farmers,” the food service director from west Michigan said. “We can give them a market so they can stay in business.”

But only with programs like 10 Cents a Meal, people on the call agreed. The food service director from southeast Michigan lamented how little she thought legislators and the governor understand about how critical school food service is for our children. Yet employees are showing up to box up food and get it distributed to families each week.

“We are doing this at a loss and our employees are not getting extra pay,” she said. “They are being exposed.”

An assistant food service director in Detroit said: “The national supply chain is failing. We are hearing reports of meat producers and vegetable processors having to shut down plants due to COVID-19.”

Yes, said the owner of a smaller Michigan company that buys and freezes produce only from Michigan farms and has connections both in northwest and southeast Michigan. Retailers are contacting him because their national supplies have dried up: “This is a food security issue.”

Michigan farms growing food for Michigan schools would strengthen local food supply chains, and that would mean more food security for all of us, the processor said. And no one wants to see TV footage like we’ve seen from southern states like Florida, a food service director from southwest Michigan said. “There’s drone footage of fields with rotting squash and other rotting vegetables,” he said. “The whole idea of farmers not having a market is huge.”

A farmer on the call said he would contact Michigan Farm Bureau to make sure its officials were weighing in with legislators about the need for 10 Cents a Meal.

The irony is that 10 Cents has had bipartisan support and, until the COVID-19 crisis, was on its way to being expanded statewide this summer and funded at $2 million.

We need to fight for it, people on the call insisted. Did everyone agree?

“Yes,” one person said firmly over the phone line.

So. Join us. Click on this link in order to quickly email your legislators and Governor Whitmer to urge them to immediately restore funding for 10 Cents a Meal. You can use the messaging that is there or edit it to personalize it. You’ll recognize from this piece where the messaging comes from – it comes from the people on the front lines working to feed our children, and who value and want to support our farmers.

May is a critical month for policymakers regarding the state’s budget and its expected shortfalls. Try to reach them before May 15. And then keep it up.

The legislature is working right now to finalize next year’s budget. Revenues will be tight then as well as this year. So when you send an email you are advocating for both a supplemental school aid bill for this year and also for inclusion in next year’s budget.

This is going to be an uphill struggle. We need all of your help. Please spread the word and the link to the advocacy email so others also will contact their legislators and the governor.

Email your legislators. We make it easy!

Click to email your legislators and Governor Whitmer urging them to immediately restore funding for 10 Cents a Meal. We must feed school kids and support farmers thru the summer of COVID-19 impacts. Use the template letter or edit to personalize. 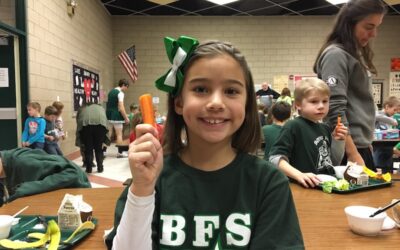