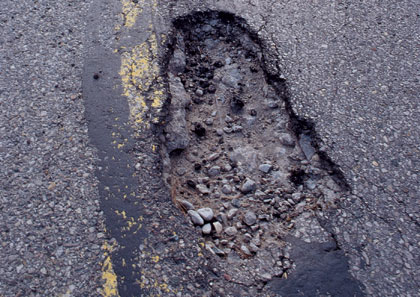 Michigan’s roads and bridges are in desperate need of repair, yet the funding structure for transportation is broken. The measure on the ballot this May 5 attempts to remedy that. While Proposal 1 is not a perfect fix, the Michigan Land Use Institute firmly believes that the positive changes it would have for our infrastructure far outweigh the negatives.

On balance, it’s good for Michigan’s future. It would put into effect a series of policy changes that would raise much-needed money for streets, bridges, rail, and bus systems without cutting funding for cities and schools. Even though the many changes it introduces may seem complex, in reality, it simplifies transportation funding: Fuel taxes will be dedicated to our transportation system.

The public’s distrust in Lansing makes the proposal a legitimate target for cynicism and grandstanding—and it’s not without its flaws. It’s complicated. It’s regressive. It does little to fix how transportation dollars are spent. It would still allow questionable road projects. And, it’s an all-or-nothing ultimatum that the legislature kicked to voters. If you are looking for reasons to vote NO, you can find them.

But, when you consider the alternative—trusting a newer, more conservative legislature to come up with a better solution—we’re focusing on the proposal’s many merits:

Right now, the taxes we pay at the pump go to different places in the state budget. Here’s how our current funding system works:

If the ballot measure passes, then a number of changes would go into effect:

All those changes will have a big impact on Michigan’s budget. The higher fuel tax would raise about $1.3 billion for transportation improvements annually. And there’s no question that we need new revenue to fix our crumbling roads and bridges. It would also increase funding for transit and rail projects by an extra $116 million each year.

The net increase of a 1% sales increase equals roughly $800 million, which would go toward the school aid fund, local governments, and the state’s general fund.

Again, we recognize this proposal is not perfect. It’s passing the buck to Michiganders to make up for underfunding an overbuilt system. It’s an overly complicated ballot proposal. And leaves plenty of room for much-needed reforms to how transportation dollars are actually spent. Rest assured that MLUI and our transportation reform partners will continue to advocate for those reforms.

But doing nothing—or worse, cutting from schools and cities—is not an option.

The state that brought modern transportation to the rest of the world has been long fractured by crumbling roads, congestion, airport and train delays, and poor bus service, while other places still invest heavily in quality streets, rapid transit, and first-class passenger rail. Michigan must get better, and this is a start. We think Proposal 1 is worth a “yes.”

Want to learn more about Proposal 1?

Networks Northwest is also hosting a informational forum on the proposal, presented by the non-partisan, Citizens Research Council. 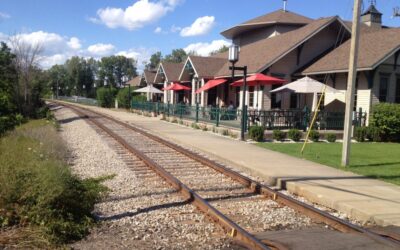