Groundwork’s new Policy Specialist, Nathan Medina, has signed on to help make sure the healthy school-food program 10 Cents a Meal for Michigan’s Kids & Farms keeps receiving essential funding from the state. As time goes on, we’ll no doubt be tapping his legislative expertise for other initiatives as well. We sat down with Nathan to learn a bit about the experience he brings to the Groundwork mission.

You’ve spent your career working on legislator staffs and in the private sector working on their legislative initiatives, how did that all begin?

I grew up in Saginaw, and there was a Hispanic veterans organization there, and in 2003 I applied for and won the group’s scholarship award. And after that, my relationship with them continued. For example, they knew I sang in community theatre and that I was a cantor at St. Mary’s Cathedral in Saginaw, so they would ask me to sing the national anthem on occasion. And one time I sang the anthem and I happened to meet the state representative for Saginaw there, and he asked me if I wanted to do an internship.

Did you have to think about it for long?

I had studied humanities at Michigan State University. I had a general degree in Humanities, and I wasn’t really sure what I was going to do next, so I took it right away!

Had you ever considered the political realm as a career path?

Prior to the internship I had registered to vote and voted, but that was the extent of my political involvement. I’d never really thought about it.

What was that first day as a legislator’s intern like?

Well, nobody calls their legislator when they are happy. You call because you need help navigating the labyrinthine bureaucracy of state government. And on that very first day I was able to help a constituent. It felt good. I liked being able to navigate that system on behalf of the people from my hometown.

When did you realize, “I think I have a knack for this”?

I think on that first day! (Laughs.) It was really nice to have something that utilizes your skills. A liberal arts degree helps you connect dots—expect what’s next. And that’s what this kind of work requires, and it was rewarding. My time as an intern was during Michigan’s one-state recession, which was certainly a trying time for many constituents.

And then you had a series of other legislative internships … what was a key takeaway?

Yes. I did, including one with the then-speaker of the House Andy Dillon, and an internship with the senate Democratic policy office. Being in those offices gave me an introduction to other parts of the state outside the Saginaw Bay region. It really gave me insight on demographics and specialization by county. This is a very varied state, and the populations and needs are different.

You can only do unpaid internships for so long though, right? When was your first paid position?
My first job out of MSU was with John Espinoza, a representative from Sanilac County in the Thumb. He was a former migrant worker from Texas, and my parents are former migrant workers too. He chaired a subcommittee on agriculture, and I was the staff person assisting on work with the Department of Agriculture and Department of Environmental Quality. That position opened up a whole world of experience that I would not have had if Democrats had not been in the majority, which allowed him to chair that committee.

Graduating during the worst of the Great Recession meant that a lot of my time was spent helping constituents with their unemployment claims and other immediate needs, which meant managing relationships and expectations with people with frayed nerves and tried patience. This helped me truly empathize with everyday folks who find themselves struggling and need help navigating complex—and at times scary—systems.

I worked for other legislators along the way, and eventually, I jumped to the private sector and worked for a medical malpractice insurance company. I landed that job not because I have a background in insurance, but because when you work in the legislature, you learn how to work on any issue. The work is the same. The process is the same. So I was 29 by then, and for a working-class Mexican kid from Saginaw, without a patron paving the way for me, that was quite an achievement!

What would you say is your core skill set that helped you navigate your way?
I’ve always been comfortable in the company of adults. I have the ability to approach anybody as a peer and not view myself as at a disadvantage because of age or background, never presumed I’m somebody’s inferior. Believing myself to be worthy and capable has definitely been beneficial in sustaining me and in getting me to where I am today.

You’re nearing the 90-day mark at Groundwork, what are some early impressions and look-aheads?
Well, so much work has been done by Groundwork’s Diane Conners that I was lucky enough to parachute into a fully formed program. That allowed Diane to rely on my background and turn me loose to engage with various stakeholders, and in that way I was able to be productive right out of the gate. In those very first weeks I was reaching out to legislators and staff and informing them of the good work this program does, not only statewide, but within their own districts. It was a very nice feeling.

What are you seeing as next steps?
Groundwork has done a great job of educating people about this program in northern Michigan and elsewhere, but we have a whole state to introduce it to now, and I look forward to doing that, using the many contacts I’ve made over the years. The perspective I’ve gained after nearly 15 years of legislative engagement will certainly help me achieve that goal of statewide exposure.

What’s the most important thing you want our state leaders to know about 10 Cents a Meal?
Due to the nature of the state budget and the sheer size and scope of the education budget, I want to make sure that legislators and their staff know the phrase “10 Cents a Meal” when they hear it and immediately apply it to food service programs in their district—and maybe think of Groundwork, too.

It’s important that they think of the immediate impact that 10 Cents a Meal has in their own community and that they know who to call if they have any questions about the program. Legislators’ decisions during the budget process are data-driven and it’s important to have answers to their questions.

Hear more from Nathan Medina in this video interview!

Friends, I am excited to announce that Groundwork is ready to take a big step forward in our commitment to being a more diverse, equitable, and inclusive organization. We are seeking the help of a professional consultant to guide us on this journey, and we are... 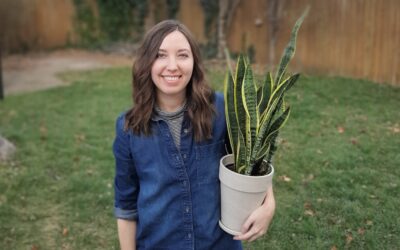 Some of Groundwork’s most important and iconic achievements during its first 25 years have come in the realm of transportation design and policy—aiming to stop sprawl, protect landscapes and keep towns livable. Our team was instrumental in halting the Boardman River...