10 Cents a Meal in Place for 57 Michigan School Districts!

One of the pleasures of my life is seeing that investing in fresh local food for our state’s kids has garnered bipartisan support in our state legislature, along with praise from educators, health leaders, and the business community.

This can be seen in the press release that the Michigan Department of Education just released, which officially announces the expansion of the 10 Cents a Meal for School Kids & Farms program for a third year.

10 Cents Is Getting Big Reach
10 Cents, which is now serving 57 school districts that impact nearly 135,000 students in 27 counties, provides up to 10 cents a meal in matching grants for schools to purchase Michigan-grown fruits and vegetables.

“The 10 Cents a Meal program is akin to a bumper crop in terms of nutritious, locally produced fruits and vegetables served to students,” Interim State Superintendent Sheila Alles said in the press release. “It’s a win-win partnership for local districts and local farms across the state and another example of how the business and education communities, as with our plan to become a Top 10 education state in 10 years, can collaborate toward common goals to the ultimate benefit of our children.”

“The commitment of the people who are a part of this program has been extraordinary,” Sen. Hansen said in the release, referring to participating schools, farms and other agri-businesses. “They really want to get local food into local schools to help the farmer and help children understand where their food comes from, and use it as a teaching tool. I am excited that the program has blossomed so much in its third year.”

“We have so many dedicated community farmers all over this area, and they devote their livelihood to making people healthier,” he said. “The 10 Cents a Meal for School Kids & Farms furthers our progress in supporting local growers and helps children in our community be healthier.”

Flint Community Schools is among the 57 school districts participating in the program this year. The lead-contaminated water crisis in Flint—and water concerns bubbling up in other schools too—has vividly shown us one more important reason to make sure our kids are gobbling up yummy fruits and vegetables every day: eating produce helps prevent the absorption of lead in the body. Of course, there are many other good reasons too, like improving overall nutrition and combating childhood obesity. 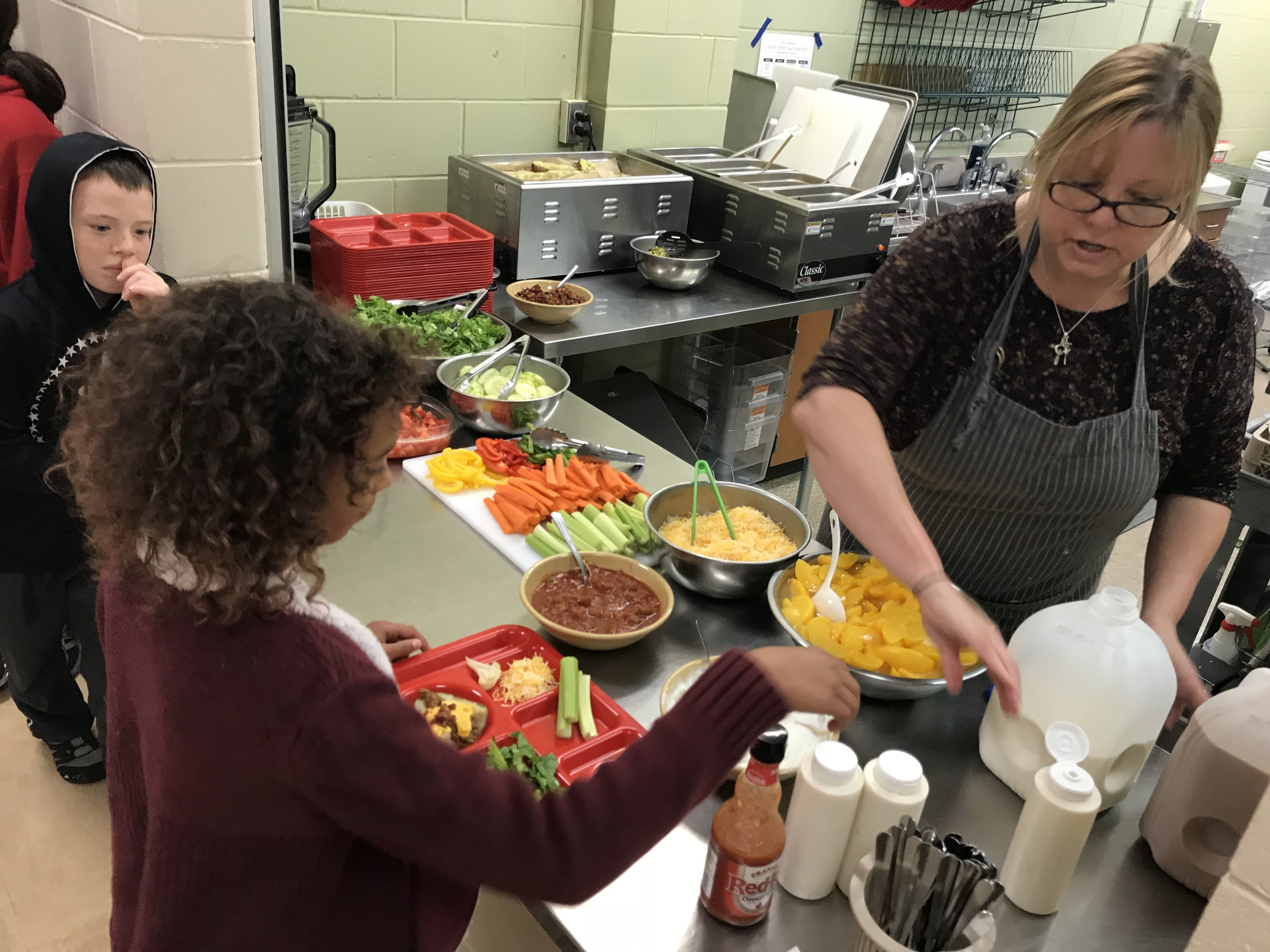 Above: Lunch at Beaver Island Community School, a 10 Cents a Meal school.

The Gold Standard
The MDE press release quotes people from the farm and health sector, too, but I’ll let you read the release and leave you with just one last thought from it:

Helen Dombalis, Senior Director of Programs & Policy for the National Farm to School Network, explained that Michigan is the “gold standard” for state-level farm to school policies that incentivize local food procurement and use innovative approaches that invest in children’s well-being and local economies. “You [10 Cents advocates] are collecting data, gathering information, telling the story, and getting it out to the public. Kids' health and farmer wealth is what it’s about and Michigan is doing it.”

Diane Conners is senior policy specialist at Groundwork Center for Resilient Communities. She’s supported the development of farm to school programming for 15 years, including Groundwork’s coordination of a local 10 Cents a Meal pilot in the Traverse City area that inspired state legislators to launch the state program.