Excitement is growing within Groundwork as our team prepares to host and seek sponsors for its third annual Michigan Clean Energy Conference, on May 21–23, 2019, in Traverse City. We check in with conference lead and Clean Energy Program Director Dan Worth about what we can expect this year.

Dan, first, give us a little background on Groundwork’s Michigan Clean Energy Conference. Why did you feel it was important to launch the event back in 2017?
Since joining Groundwork in 2015, I had attended conferences in Lansing, Detroit, and Ann Arbor. The events always seemed to be about either big energy and big business or grassroots advocacy pushing for energy democracy and equity—but not a ton of overlap. We saw an opportunity to connect the two to bring “boots and suits” together to look at our state energy system as a whole, and craft solutions that broke down the barriers and connected these groups and efforts.

We also wanted to remind folks of all the exciting energy work going on up in Traverse City and inspire them to follow our lead. Back in the ’90s Traverse City built the first community wind turbine in the United States. Our local utilities, Traverse City Light & Power and Cherryland Electric Cooperative, had the first community solar array. We had a growing group of amazing advocates and local experts who like to problem-solve. We wanted to inspire others to follow our lead. 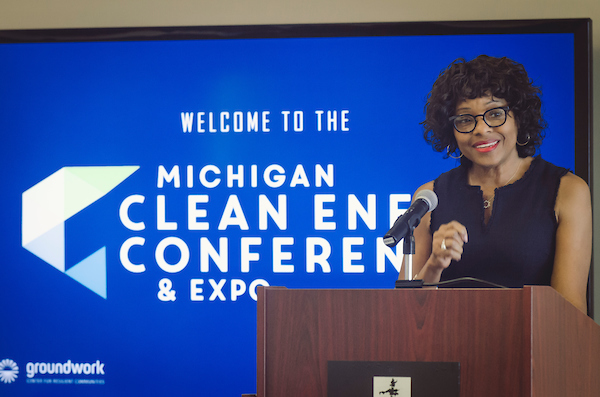 What was the focus that first year?
Year one was an effort to connect the great local work going on in Michigan to other innovations around the country. We brought in former-Governor Granholm, who is working on energy policy at UC-Berkeley, and Mary Powell, from Vermont’s Green Mountain Power—both powerful, female innovators—to talk about their work. We also partnered with the Great Lakes Renewable Energy Association, a group that has been innovating in this space for decades. That was a big deal.

How did that evolve in the second conference?
In year two, we tried to go MORE local and MORE national at the same time.

Michigan had passed energy legislation requiring utilities to build more renewables so we really targeted the utilities. We also brought in bigger national and international players like Ken Davies, who purchased renewable power for Microsoft, and Al Hildreth, who manages energy for GM. We wanted the perspectives of people who had the desire, the clout and the resources to go really big on climate solutions.

At the same time, we started digging deeper into energy equity—the idea that locally crafted and built renewable projects would have an easier time getting built and could bring a host of  financial and other benefits to host communities and local customers and installers. We included a session on the emerging energy democracy movement in Detroit, which is focused on localized distributed energy. We exchanged ideas with people in Flint and the U.P., and others, connecting the benefits of clean energy to people who most need those benefits. So year two looked at both going big and going local—two important pillars of our energy future. 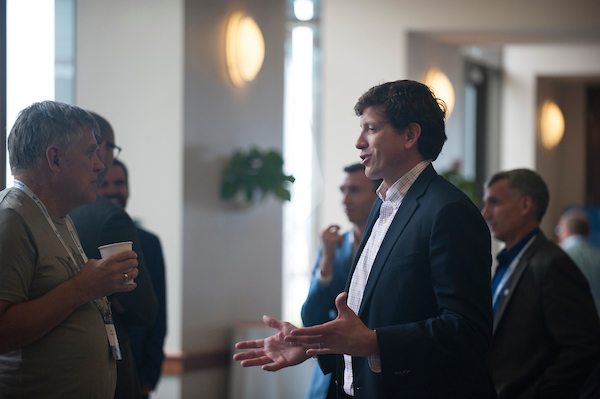 What’s the biggest change for this year?
As exciting as the past two years have been, we noticed that not a lot changed after the conference. People came out of the conferences with new ideas and inspiration but the path to making them into reality wasn’t clear.

This year’s conference will go from brainstorming, learning, and connection to DO'ing. We’ll measure our success by the amount of steel that gets installed in the ground. Getting solar built. Getting wind built. Investing in large scale efficiency. Exploring storage and demand response.

As one example, we will be inviting the state’s lead renewable customers—cities, businesses, and nonprofits that have committed to 100% clean energy—and match them up with land owners, investors, local community groups, developers, and city and state officials. Session participants will be kind of speed-dating with others to connect to landowners, developers, and investors to make deals that can happen in Michigan and will bring money and jobs into our state and region!

How about some specific presenters ...
There will be two full days of sessions, and our evening keynote speaker will be Patti Poppe, CEO of Consumers Energy, who has just led her company to announce a goal of being coal-free by 2040. They’re one of the largest utilities in the nation to have made that commitment. We are also planning to invite some of the state’s and nation’s most progressive corporate innovators, including Cherry Republic and Patagonia. With a new governor in office, we will also work hard to have the state front and center. 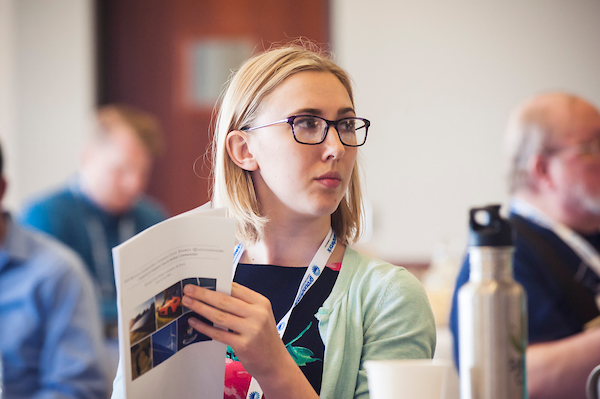 The upshot?
The upshot is that this year is different and full of opportunity to build real world solutions. Three years ago, we were piecing together a clean energy ecosystem around the state. Now, Michigan’s utilities, foundations, governor’s office, customers, cities, and developers are all in place—we just need to connect the larger system to find the overlap and leverage points. We want to come out with projects that employ Michiganders and lift up communities and families struggling paycheck to paycheck. Think of them as local, rural, infrastructure development projects that help the region and help solve the climate crisis.

If you want to be part of Michigan’s bright clean-energy future, then you and your organization need to be in Traverse City when the cherries blossom May 21–23, 2019. Attend, sponsor or both and help us celebrate success and double-down for solutions that will lead us to a livable future.

Groundwork's Michigan Clean Energy Conference is May 21–23, 2019, Traverse City, Michigan. See you there!