Milestones: Diane Conners and a Remarkable Journey for Children's Health

It’s the story of Diane Conners’s efforts to bring local food into school meals statewide through the program 10 Cents a Meal for Michigan’s Kids & Farms. Just last week we learned that Governor Gretchen Whitmer signed a budget that did exactly that, made the program available statewide. The increased budg 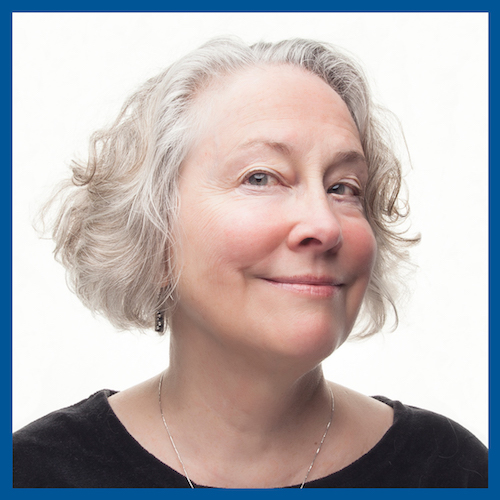 et of $2 million means the program can transition from a pilot program serving about half the state to a full-fledged program serving the entire state. The program offers schools—and now early child care centers—incentive match funding up to 10 cents per meal to purchase Michigan-grown produce for children’s meals

It means healthier food for our children and more money going to support Michigan family farms.   We asked Diane to share milestone moments from this remarkable journey of seven years.

Above: Introducing children to new foods increases the odds that they will eat a healthier, more diverse diet as they go through life. Photo courtesy Solstice Hannan.

Diane, this is a big milestone, but as with any big goal, there are smaller milestones along the way. What are some of the key moments that you feel shaped this journey? Well, the first would be thinking back to when the idea first appeared. It was one of 25 recommendations in the Michigan Good Food Charter, back in 2010.  The charter was created by a statewide network of schools, organizations, and individuals looking for ways to improve health, grow jobs, and boost the state’s economy through a robust local food system. The charter development was led by the Michigan State University Center for Regional Food Systems, and all of us around the state were encouraged to look at the list and pick something that could get started in our own regions.  This was the way to give life to the charter.   Not long after that, when Governor Rick Snyder first took office in 2011, I was at a conference at Crystal Mountain Resort where the governor said he wanted economic development and other state services to be supportive of the goals and assets of different regions around the state, rather than top-down and one-size-fits all. I ran into Don Coe during a coffee break—he was the managing partner for Black Star Farms in Leelanau County and on the state agriculture commission at the time—and we both agreed that 10 Cents a Meal is what could get started in our region. We already had schools interested in farm-to-school purchasing, farms interested in the school market, and economic leaders in our region sold on the potential economic impact. So that conversation was definitely one of the milestones in the journey.

What was milestone number two? I’d say the next milestone happened on the BATA bus [BATA is the regional bus authority]. I am a regular rider of Route 11 and so was Bob Sutherland, founder of Cherry Republic. And one day I was talking with Bob on the bus, and he told me he was looking for the next good thing to fund. I told him about the vision for 10 Cents a Meal and how it could get started here and could go on to become a vision for the state. And the next day, Bob emailed me and said he wanted to talk about 10 Cents some more. He asked if we could talk on the bus again and I said the bus works fine for me.    So we started talking on the bus and when we got to my house we were still talking, so I did not get off the bus and I rode with Bob the 15 miles to Glen Arbor, where his stop is, and then I rode the bus all the way back to Traverse City and then back out to my house. It was about 70 miles on the BATA bus that day, but Bob Sutherland’s grant is what allowed us to start the program locally in the fall of 2013. I always say that we sealed the deal on a BATA bus!

Above:: 10 Cents a Meal enables school food service directors to include a broader range of healthy foods in their menus. Photo courtesy of Viviana Rishe.

OK, well, I think that’s one of the best Groundwork stories I have ever heard. What floats to the top next?  Well, then we were able to engage other needed funders in supporting it, from local family and community foundations to pivotal funding from the W.K. Kellogg Foundation, which had supported development of the Good Food Charter.   And the next big milestone was when Tom Freitas, the food service director of Traverse City schools, and Mark Coe, of Farm to Freezer, met with Michigan Senator Darwin Booher, and they told him about the program. Senator Booher immediately thought that he could move it ahead at the state level, get some state funding. And that was tremendous because we had always intended it to be a model for the state. So I contacted Senator Booher, and he and I spoke when he was driving back home up north from Lansing. He eventually decided we should start with a state pilot program ,and he suggested I talk with Senator Geoff Hansen, who comes from a grocery family and was on the appropriations subcommittee that sets the School Aid Budget. I also brought in my colleague Colleen Matts at the Center for Regional Food Systems, who promotes farm to school around the state, and the child nutrition staff at the state Department of Education, so we could bring in their expertise.    So I’m guessing the next big moment would be initial state funding. Yep. Senator Hansen decided to start the state-funded pilot in the northwest and west parts of lower Michigan. He and Senator Booher wanted to test the model and learn about it and understand the best way to scale up for areas with greater population density, like Detroit. The legislature and Governor Snyder approved funding and the state pilot began in fall of 2016.

The program had crossed a giant hurdle, moving from funding by foundations and private donors to being a pilot program funded by the state. But obviously you were still fully focused on statewide expansion. What was the next big thing? I’d say it wasn’t a moment, but more like an extended period of time, a few years, when we expanded our messaging statewide. We worked with many organizations as a team. And Groundwork’s role was outreach. We created fact sheets, reports, and stories that people around the state could use to talk about the program within their communities and with their legislators. We made it available online so people could download and pass it along or print it out. We spoke to community groups around the state. And it worked! In the 2017-18 school year the legislature expanded the pilot to the Washtenaw region. The year after that we saw it expanded to the Battle Creek and Kalamazoo region, and the Thumb region, including Flint. Funding grew each year.  And very important, we saw a very diverse set of people support the program: health advocates, businesses, parents, and of course food service directors. We saw that broad support spread all over the state. Healthy Kids Healthy Michigan, a broad coalition, made it a policy priority. So did the Michigan League for Public Policy and the Michigan Academy of Nutrition & Dietetics. And we had very strong partners in Detroit, with the Detroit Food Policy Council and the Detroit public school system, and in Flint with the Crim Fitness Foundation.   Funding for the 19-20 school year had some memorable surprises—not all good ones.  Yes, that was a rollercoaster that included a surprise veto from the governor as she and legislators quarreled over other budget issues. On the last day of February 2020, the governor met with us and five of our partners at Traverse City’s Park Place, and we made the pitch for 10 Cents a Meal. At one point, after a high school student who'd experienced the difference 10 Cents a Meal made for her school food spoke, the governor paused for a moment and then said "She is really good." And she laughed and looked around the table, and I felt a great swell of hope, because to me that meant our message made it through. We expected expansion in March—and then there was a last-second pull-back when schools were closed due to COVID-19, and then a bleak prospect because of state budget woes due to COVID. But Senator Wayne Schmidt—who has been the key legislative champion for 10 Cents a Meal since Senator Hansen was term-limited out of office—kept the idea alive. When a supplemental budget bill was passed in July for the 19-20 school year, he was able to include funding for 10 Cents a Meal, which kept the program infrastructure in place and greatly increased the odds that it would be funded in 20-21.

Above: The health and economic outcomes of 10 Cents a Meal are still in their early stages. Join with us as we work to expand this important program and fulfill the potential for children's lifelong well-being and family farms! Photo courtesy Jennifer Schmidt.

And, of course, it did get funded. Yes it did! On September 30, the governor signed the budget and it increased funding to $2 million, expanded the program to include early childcare centers, and offered eligibility statewide. And that is when I finally cried. So many people had said Yay! and Hey! at many different times, but I’m a bit of a reserved person. I just sort of got back to work. But when I received confirmation from Wayne Schmidt and another source that 10 Cents a Meal had been funded statewide, I cried. The tears just rolled down my face.

I was sitting in a chair in my living room, working as usual with a pillow in my lap that props up my computer—and my curled-up cat Frida, who always insists on worming her way in. I sit in that chair far too many hours a day. And Hans Voss [Groundwork executive director] called right then, right when I was crying. They were tears of joy and tears of relief, because I felt my work was not done until it was available all over the state. And at that moment, I knew it was going statewide.

Now, on to the next milestone! We need to keep expanding it, and make investing in healthy locally grown food for our children a part of Michigan’s identity.

Learn how 10 Cents a Meal! can help your school!