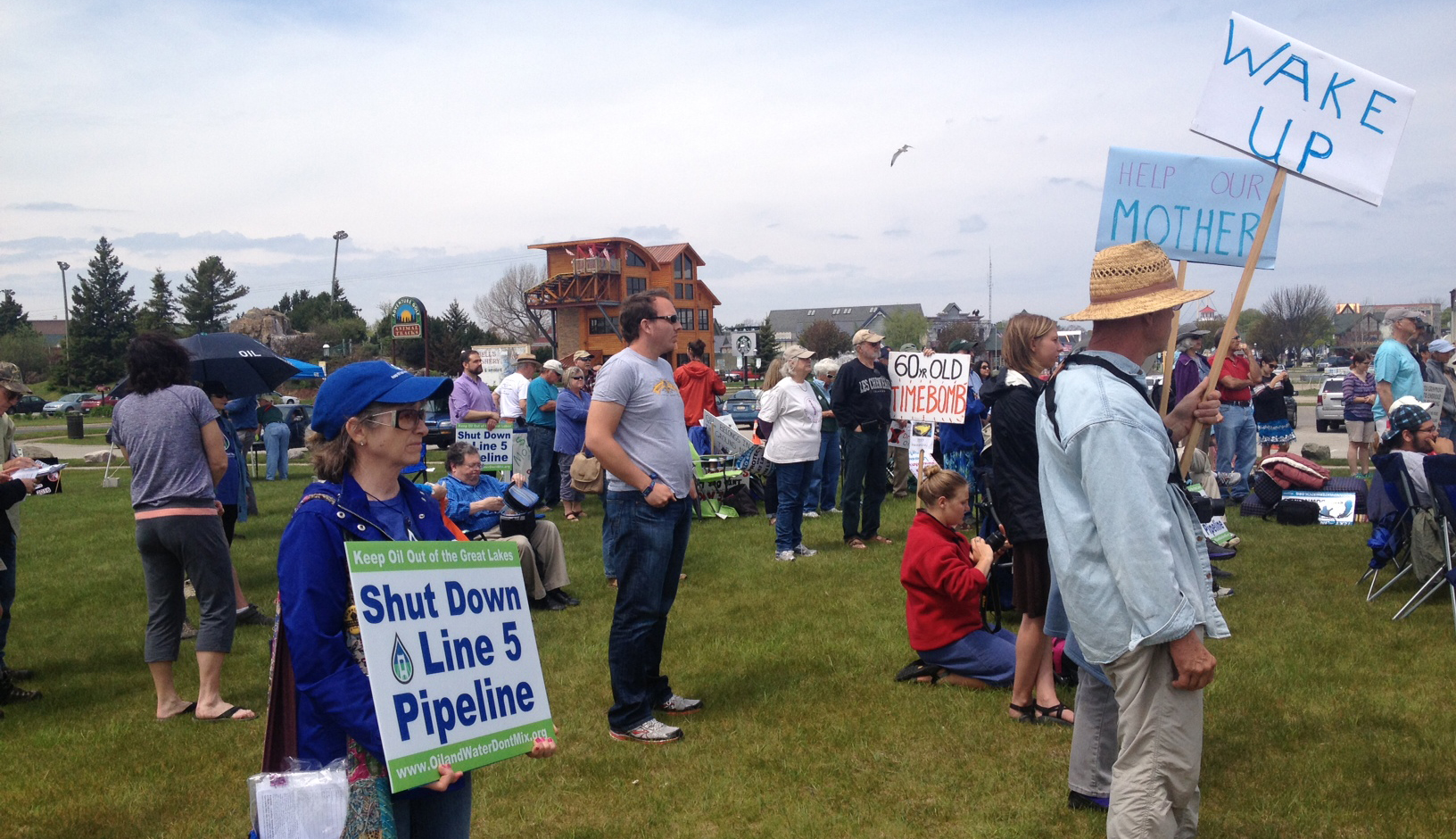 Hundreds of people turned out in Mackinaw City on Tuesday, May 26, for the “Pipe Up! Pipe Out! Great Lakes Call to Action.”

Here’s a recap of some of the latest developments in Groundwork's efforts, as part of the Oil and Water Don’t Mix coalition, to raise awareness of the threats posed by the pipelines in the Mackinac Straits.

Citizen Call to Action at Straits

Hundreds of people turned out in Mackinaw City on Tuesday, May 26, for the “Pipe Up! Pipe Out! Great Lakes Call to Action.” The rally was organized to coincide with the Detroit Chamber Policy Conference on Mackinac Island, and to address the many state officials and media present in the Straits. Groundwork and our partners in the Oil and Water Don’t Mix coalition shared information about threat of the Line 5 oil pipeline and urged decision makers to decommission the pipeline.

On Wednesday, May 27, Groundwork organized a press conference to announce the release of a new report authored by FLOW that concludes shutting down Enbridge’s “Line 5” Pipeline under the Straits of Mackinac is the only option at this time to prevent a catastrophic oil spill.

The report, available here, urges that the pipeline should be shut down pending a full public review because of structural concerns, including the worry that waste excreted by zebra mussels may have corroded and dangerously weakened the steel pipes.

“This Aging Oil Pipeline Is In Great Lakes' 'Worst Possible Place' For A Spill,” Huffington Post (May 22, 2015) — With this article in the Huffington Post, the nation’s eyes are on the Straits and Gov. Snyder’s administration.

“Special Report: Investigating Line 5,” 9&10 News (May 13, 2015) — Local television stations in northern Michigan are also on to the story. Check out this special report featuring Oil and Water Don’t Mix partners, as well as Chris Shepler.

Groundwork joined other citizens groups to sharply criticize proposed legislation that would permanently block public access to pipeline safety records in Michigan, including for high-risk pipelines like those running through the Straits.

The sweeping bill, House Bill 4540, which would amend Michigan’s Freedom of Information Act, goes beyond federal rules governing pipeline records disclosure. It would exempt virtually all oil and natural gas pipeline information from public disclosure and is being sought by Enbridge, responsible in 2010 for the nation’s largest inland oil spill near Kalamazoo. Read more…

Jim LIvely is program director at Groundwork, and is leading the group's efforts as part of the Oil and Water Don't Mix coalition to decomission the aging oil pipelines in the Mackinac Straits. You can reach him at [email protected]. 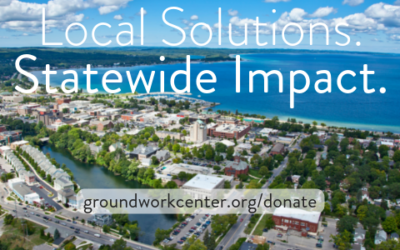