The Ann Arbor to Traverse City passenger rail effort is about connecting job and educational centers along the route between Ann Arbor and Traverse City. Not only is this project about creating better freight and passenger mobility connections throughout Michigan, it’s about connecting students with universities and about the next generation workers who want to live and thrive in Michigan without depending on a car to get around.

Even though news of passenger rail has been quiet over the past couple of years, the work has been getting done.

In 2018, the project team completed an initial study that looked at costs for upgrading tracks to run trains at higher speeds along the corridor. You can find a summary of those finding here.

Since that initial study, I’ve heard lots of feedback about the A2TC passenger rail, both good and bad.

I hear from people who love the idea of being able to get around Michigan and travel between some of the best cities in the Midwest, especially college students and younger workers who want to live in Michigan, without depending on a car to get around.

I’ve also heard from plenty of people here in the Traverse City region who have expressed serious concerns over the projected increase in visitors. I understand that concern. We would love to be part of a conversation about responsible tourism and this area’s unchecked growth in visitors.

The study concluded that, in order to justify 110 MPH trains, Traverse City would need a tremendous amount of tourism growth. However, we’re not interested in a tourist train. We believe that even 60 to 80 MPH service could attract everyday travelers like the students, workers, and retirees that need to get around Michigan. We don’t see it as a tourist train but simply as a way for people to travel without a car.

The state—thanks to legislators including Traverse City’s Senator Wayne Schmidt—has been investing in track repairs along the corridor to improve the speeds and efficiencies of freight and passenger trains. Those repairs are happening in and around the Traverse City region, where the tracks were in no condition for approved passenger rail.

So what’s next for the project?

The project team is working on moving forward the next phase of the project, which includes:

Thanks for checking in on our progress. We’ll try to keep you up-to-date as we move forward with this next phase.

In case you haven’t already heard, Northern Michigan is in desperate need of more housing, specifically housing that is priced to be more affordable. A recent Housing North study found that the 10-county region in Northwest Lower Michigan could use at least 3,000 new... 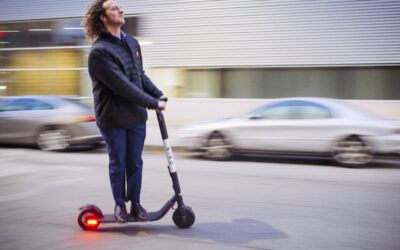 Cities Can Shape Mobility Before It Shapes Them

This forum first ran in the Traverse City Record-Eagle. Above photo by Beth Price. As the pandemic eases and downtown Traverse City reopens to locals, workers and visitors — and traffic and parking demand rise in response — the coming years present an ideal time...

How TC Can Boost Winter Walking

ABOVE PHOTO: Daybreak on a snowy Traverse City sidewalk. Walking is my favorite way to get around. I’ve always enjoyed the slow pace and observing each brick, flower, or tree I pass. This year, though, my walks have been especially meaningful. With the pandemic in...