Modern passenger rail service connecting Traverse City to Ann Arbor… it’s quite a vision. It would strengthen our regional economy and stimulate development along the route. It would take cars off the highways, with the environmental benefits of cleaner air and less fuel consumption. It would use an existing asset to offer a new transportation option for those of us who live in the Traverse City area and an appealing new way for visitors to come to our area. But what’s most exciting? It can be a reality, and it’s the Michigan Land Use Institute’s goal that within 10 years, regular passenger train service connects Traverse City and Ann Arbor.

Since MLUI released a report that described what it would take to get some kind of train running on the 11-mile stretch of railroad tracks between Traverse City and Williamsburg, I’ve presented the idea to local community groups, state transportation agencies, and to an eager audience at the Michigan Rail Conference in Metro Detroit. The more I investigate this idea, the more realistic it becomes. 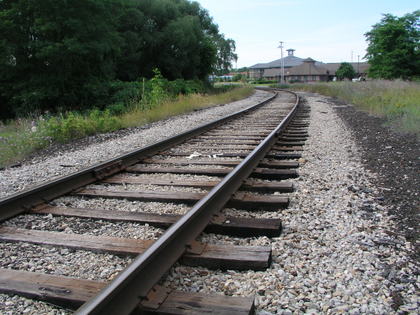 MLUI’s latest report describes how rail travel could boost tourism and development in the area; the upgrades needed to run passenger trains along the tracks; and how comparable towns around the country restored old train lines.